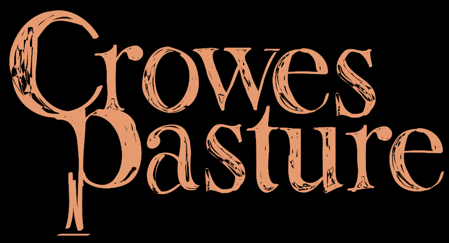 "SLOW IT DOWN" CD

Crowes Pasture's third, full-length album, "Slow It Down" features 5 original songs, and 4 covers. The CD was recorded at Hollow Body Studios in Boston, and mixed & mastered at Morningstar Studios in Philadelphia.

Autographed Copy of "Slow It Down" & One Large Logo Sticker

You'll receive a copy of our CD "Slow It Down," signed by Monique and Andy, as well as one of our new large logo stickers!

"Slow It Down" & Legacy Ballcap with Logo Patch

Includes our CD "Slow It Down" and one of our new "Old Favorite Trucker" style hats. Choose from Black/Copper or Black/Natural.

Includes one each of the following CDs: "Slow It Down," "Edge Of America," and "Crowes Pasture."

Plus, a BONUS CD! You'll also receive a copy of "Rambling Round: A Woody Guthrie Tribute."

Includes one each of the following CDs: "Slow It Down," "Edge Of America," "Crowes Pasture," "Rambling Round: A Woody Guthrie Tribute" (Bonus CD), and one of our new "Old Favorite Trucker" style hats. Choose from Black/Copper or Black/Natural.

Crowes Pasture's second full length album, Edge of America, was released in October of 2017.  It debuted at #7 on the Folk DJ charts, with its title song coming in at #3.  This album beautifully blends original songs that address current events like immigration, the death of boxing legend Muhammad Ali, and modern day destructive storms, with covers songs by folk icons Bob Dylan, Leonard Cohen and Donovan. With their haunting vocals, mournful sustains, and harmonies destined to be together, all of the songs, whether original or not, are made, distinctly, their own.

The album was produced by Doug Kwartler of Hollow Body Studios and the Lied To's.  The album features gut wrenching fiddling by Patrick McGonigle of the Lonely Heartstring Band, one of the bluegrass scene's most popular progressive bands.

Crowes Pasture released their first full length CD in May of 2016.  The album combines songs from various traditions and recorded at different times. Three original songs, "Madison", "Best Believe" and "Pay to Play", were previously released on the duo's  2015 EP "Best Believe." The songs are an upbeat fusion of bluegrass, old-time and contemporary folk. Five of the songs were written by or for Woody Guthrie and recorded with the duo's striking harmonies, for their EP, "Rambling Round: A Woody Guthrie Tribute,"

The CD also includes four newly recorded songs. Three are original songs, "Don't You Know", "As I Do" and "Louisiana Charm" (featuring Stroker Rogovin on keyboard and accordion).  Rounding out the CD, is  a contemporary and melodic take on the 80's song, "This Must Be the Place (Naive Melody)" written by David Byrne of the Talking Heads.

Crowes Pasture recorded a 7-song EP of songs by and for Woody Guthrie. The duo covers six of their favorite songs by the legendary folk singer. "Belle Starr" is an entertaining and juicy tale about the notorious female American outlaw who lived in the late 1800's. "Forsaken Lover," a hauntingly beautiful love song, is a rarity in Woody's general repertoire of songs about injustice, poverty and desolation in America. Classic songs "Pastures of Plenty" and "Hobo's Lullaby" (written by Goebel Reeves) are performed by the duo with striking intimacy. "I Ain't Got No Home" and "Going Down the Road Feelin' Bad" are powerful tunes about hard times that have endured relevance today. The duo also covers "Song to Woody", a beautiful tribute song to Woody, written by Bob Dylan.

The EP was recorded and produced at the Mini Studio in Cambridge, MA with producer Adam Rothberg.  The EP also features Berklee grad, David Delaney, of bluegrass and Americana band, the Whiskey Boys, on fiddle.

Crowes Pasture recorded their first EP, "Best Believe," in July of 2015, in Nashville, TN, with Grammy Award-winning audio engineer Gary Paczosa. On the three original songs, "Madison," "Best Believe" and "Pay to Play," the duo debuts their haunting leather and lace harmonies melding their influences from the folk, bluegrass and old-time traditions.

They were joined by talented and IBMA Momentum Award Nominees and bluegrass musicians, John Mailander on fiddle and Molly Tuttle on guitar and banjo.

The Old Favorite Trucker Ballcap has super soft mesh, and the Legacy brand trademark distressed wash. Choose from Black/Copper with Gold Detail, or the Black/Natural with Gray Detail. Both options include the Crowes Pasture Logo Patch on the front panel.